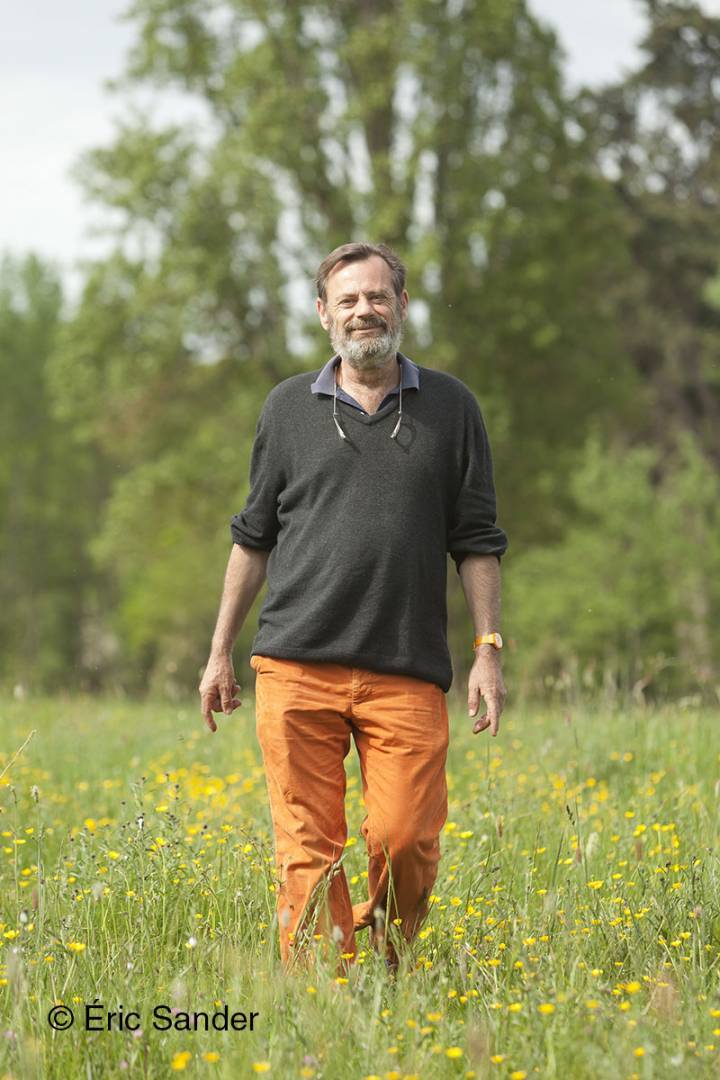 Some years ago, the renowned landscape gardener published Douze jardins en France. Today, from Greece to New Zealand via Gstaad, he offers us Douze jardins ailleurs. By Éric Jansen

Although his name has been on the lips of true garden enthusiasts for over thirty years, the general public got to know Louis Benech thanks to projects such as his work in the Tuileries gardens or the renaissance of Versailles’ “bosquet du Théâtre d’eau” adorned with fountain sculptures by JeanMichel Othoniel. Over the seasons, Louis Benech has created over 400 fleeting compositions, with a life expectancy dependant on the weather and at the risk of a change of ownership… A first book immortalised a dozen of his creations in France, and today it is a dozen gardens from abroad that have been saved from the passing of time. Despite the wide diversity of the sites, the same principles apply: to fit into the surrounding landscape, to favour local species, to ensure that the garden is practical to explore (a garden is after all discovered by foot), to create a few areas with walls and neatly trimmed hedges, and to always give the impression that the setting is natural and unspoilt. Both informal and organised, his creations are poetic, soothing and fluid. “I'm just trying to get it right” he sums up modestly. However, with an in-depth knowledge of plants, Louis Benech is truly an expert in botany. A know-how that he acquired during his training in Great Britain at the Hillier nurseries, and which he went on to develop thanks to successive projects for demanding clients such as Loel Guinness, Pierre Bergé or François Pinault. He created magnificent mixed borders, hedges boasting the sublime and unique colours that only autumn can provide, and even nurtured a number of exotic species which he fully understood and knew would adapt to the local climate. Whether he is in Gstaad’s mountain environment, on the Greek coast, resisting New Zealand’s brisk winds or on the roof of a penthouse in New York, Louis Benech is always able to create a unique, graceful and timeless universe. “A garden should be a bubble, an enchanting interlude offering joy and serenity.” One day he imagines and creates an idyllic and resolutely rustic countryside setting, the next his inspiration may be the steppes or a perfumed jungle. And often his passion turns to vegetable gardens and orchards. “I like it when something useful is also a source of beauty.” His creations are to be found in such far-flung locations as Connecticut as on the shores of Lake Geneva. He also loves meadows and grassland which magically erase an urban environment and the 21st century. “In all of my projects, I try to make people believe that they are alone in the world.” Possibly a definition of what is today a true luxury.