Architecture that blends tradition with modernity

Renowned for having created the Yves Saint Laurent museum in Marrakesh, the cofounders of the Studio KO agency master the art of marrying opposing styles. By Éric Jansen

They have just completed Ischia, chef Cyril Lignac’s new restaurant, having already been entrusted with his previous three addresses in the capital’s rue du Dragon. A few minutes away, in rue des Saints-Pères, they are transforming a period building into a boutique hotel. Avid diners will also know that they created the Divellec restaurant’s “bohemian chic” decor. However, Karl Fournier and Olivier Marty, alias Studio KO, are probably best known for having designed the Yves Saint Laurent museum in Marrakesh. Its inauguration in October 2017 put them in the spotlight and unanimous enthusiasm for the building’s aesthetics established their reputation. Recognition that came as no real surprise to many, perhaps least of all to Pierre Bergé who had chosen them for the project. They had met many years before in Marrakesh. Barely graduated, the two young architects created their agency in 2000 and soon after opened a branch in Morocco to undertake a first project, then a second ... In time came L'Heure Bleue in Essaouira, then Le Café de la Poste in Marrakesh, nostalgic reminders of dreamy Morocco, while at the same time designing cubic and resolutely contemporary villas. Pierre Bergé spotted their talent, and entrusted them with his property in Tangiers. And then, one day, he told them that they were to be entrusted with the museum dedicated to the couturier. At the time, the duo had published a book and their taste for uncluttered volumes, raw concrete, exposed stone walls, muted colors and carefully thought-out rusticity appealed, and orders flowed in. André Balasz asked them to transform a fire station in London into a hotel, and the Chiltern Firehouse was an immediate hit. More than happy with the result, he gave them the keys to the Château Marmont Hotel in Los Angeles to undertake a soft-touch renovation. 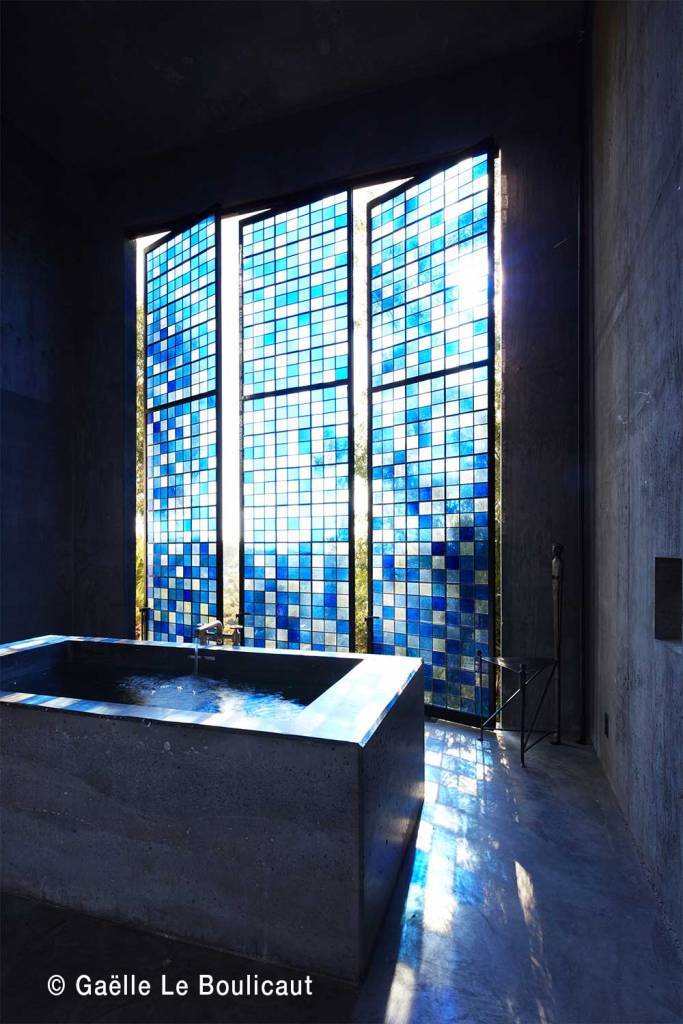 This new exercise in style was light-years away from their brutalist constructions, and yet nonetheless the duo was at ease. “We are architects by training, it’s is our basis, but that doesn’t stop us from appreciating the purely decorative, in fact we find it fun.” As proof, this Los Angeles villa that they have just delivered to a particularly whimsical client. It looks like a movie set. “We are not trying to stamp the KO signature all over the place. Each time we start from scratch to create a place that not only meets our client’s expectations but is also in harmony with its environment.” A capacity to adapt that pays off. Karl Fournier and Olivier Marty are undertaking an increasing number of projects across the globe… resorts in Vietnam and Comporta, a one-hectare palace in the Palmeraie in Marrakesh, villas in Atlanta and Saint-Barth, a private club in Hong Kong and a London home for a highprofile couple. “Our tastes are eclectic and, don’t forget, we are a duo which of course implies duality.” The secret of their success.