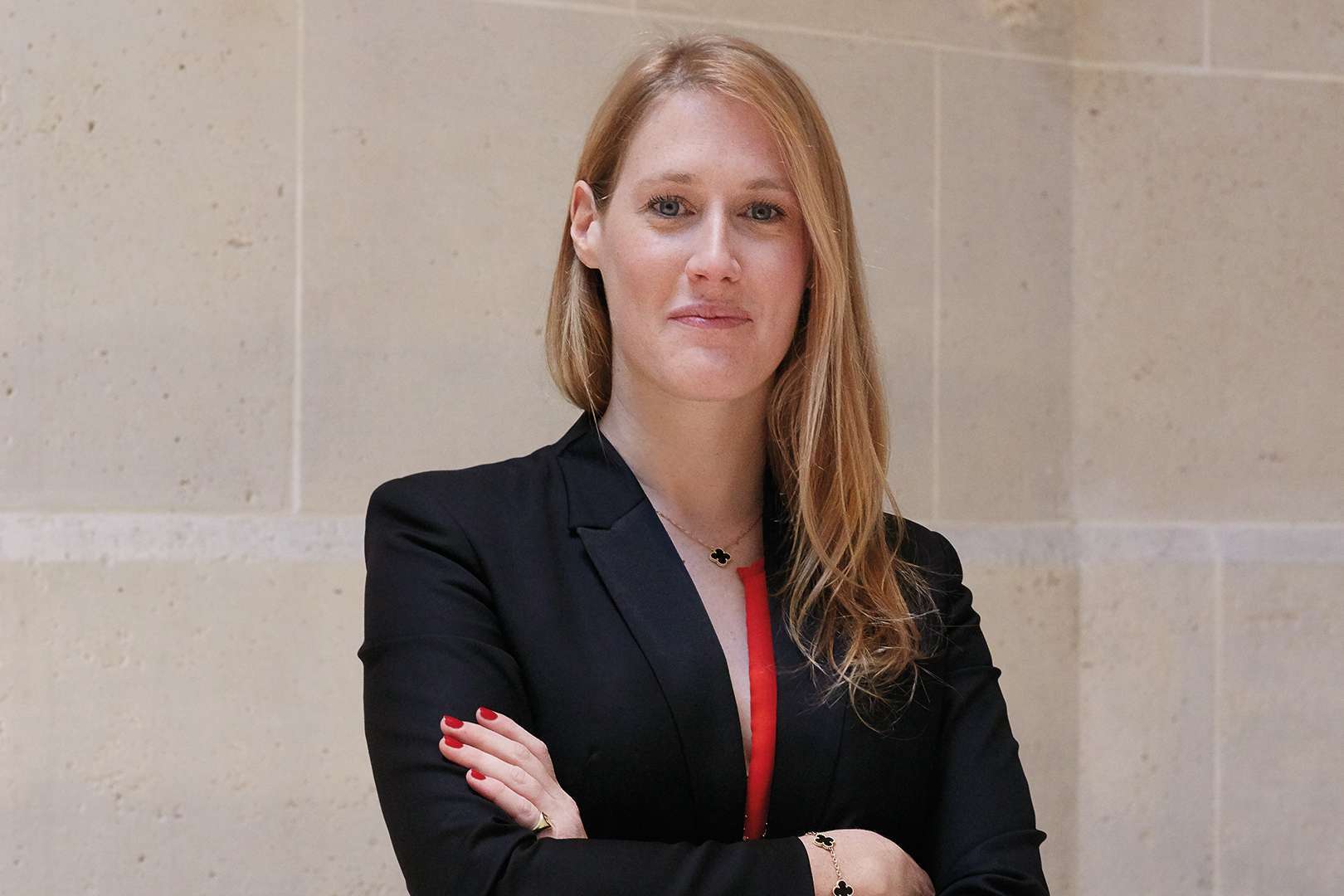 A gem at Christie's

Since joining the jewellery department as manager in April 2018, her joy has been evident. With her passion for jewellery and their past history, sales in Paris are sure to scintillate. By Eric Jansen

When Christie's offered her the position she had not turned thirty. A tender age to take charge of a department, and especially the jewellery department. François Curiel had however rapidly assessed Violaine d'Astorg’s potential and didn’t hesitate to poach her from Osenat where she had been working for 8 years. "I had developed the jewellery department, but had more or less exhausted the potential for further development. And who could refuse such an offer? Especially since my admiration for François Curiel is limitless, he’s simply the best”. With his 50 years expertise, the idea of working with him was an enchantment. The young Violaine however had to go through a thorough interview. "He tested me. He showed me pieces and I had to estimate them”. Apparently she was faultless. It must be said that while Violaine d'Astorg’s passion for carats would seem to be inborn, her career began somewhat due to chance. "While I was training at the Tajan auction house, my grandfather told me that he had some jewellery in his safe and asked me to have them valued ..."

The young lady who was to become an auctioneer discovered some Mellerio creations, including a particularly beautiful brooch known as “trembleuse” dating from 1880. She went on to carefully analyse the market, got hooked and discovered a truly fascinating universe. Shortly after her decision was made: her future was as an expert in jewellery. She left for Antwerp to study diamonds, graduating as a Certified Diamond Grader. Having returned to France and obtained a second degree in gemology, Jean-Pierre Osenat offered her the opportunity to join him. The auctioneer was renowned for the sale of Empire period pieces, and consequently Violaine began hunting for historic jewellery. She learned the secrets of long-established French families, before widening her field of investigation to foreign collectors thanks to a couple of highlight pieces. "Today at Christie's, I have about fifty pieces per sale ..." When she began working last year, she arrived too late to supply the June sale. She however ensured the December sale. "I had 18 Boivin Belperron pieces including a rare Boivin brooch designed by Suzanne Belperron in 1934 which was sold for 137,500 euro, and a ring with an exceptional 9,50 carat Kashmir sapphire which sold for 439,500 euro”.

For this year’s upcoming June 20th sale, Violaine d'Astorg has already got her hands on an exceptional collection: a jewellery case belonging to Mrs. Aimee Crocker, a flamboyant early 20th century American woman nicknamed “the Queen of Bohemia”. "Among her jewels there are two particularly beautiful Art Deco necklaces created by Janesich. My kind of name”.

For the more classical collector, the unquestionably expert auctioneer will also offer for sale a Cartier plastron diamond necklace, estimated at between 200,000 and 300,000 euro...