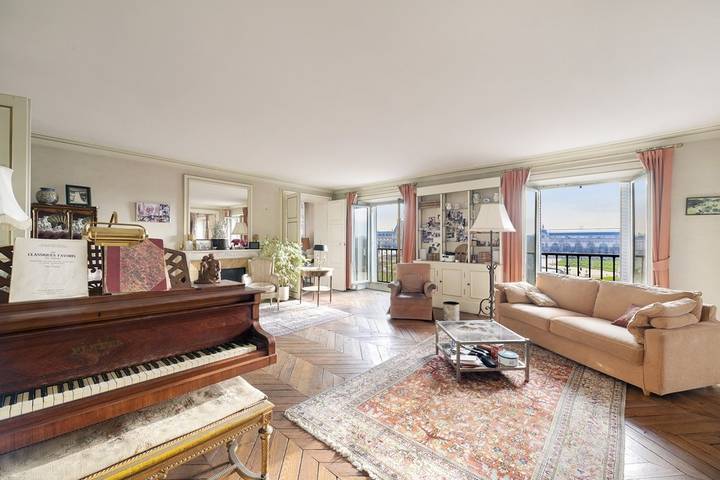 In Paris, properties between 3 and 35 millions euro, sold every 3 days.

Despite the ongoing unprecedented health crisis and, as a consequence, an almost total absence of foreign customers, Daniel Féau, luxury real estate specialist, has nonetheless recorded exceptional sales in the capital.

Although the traditional Parisian real estate market is heading towards a slowdown both in terms of prices (notaries having observed a slight drop in January 2021 with an average of 10,700€/sqm as opposed to 10,800€/sqm in December 2020) and in volume (18% fewer transactions over a one-year period), in the ultra-luxury micro-market which represents about 2% of annual sales with assets at prices in excess of 2 million euro) some are resisting as best they can, while others are in fact recording excellent results. In this context marked by the pandemic and its significant economic and social consequences, Daniel Féau Christie’s, one of the major players in this specific market, is one of the latter.

"While we have indeed observed a decline in sales at prices between one million and three million euro, the market for sales at prices in excess of three million euro reacted differently" according to a Daniel Féau press release dated January 14th 2021. “In this segment of the market, our agencies achieved in Paris in 2020 a sale every three days at prices between 3 and 35 million euro, and at an average price of 4.970 million euro, which is close to our sales in this segment in 2019. These sales were concluded at an average price per square metre of 18,667 euro compared to 17,091 euro in 2019, an increase of 9.2%“ the statement continues.

A DROP IN FOREIGN BUYERS COMPENSATED FOR BY THE FRENCH

For Daniel Féau, the drop in foreign customers ultimately had little impact. “At prices in excess of 3 million euro, acquisitions by international buyers dropped from 42% in 2019 to 27% in 2020, a decrease of 35%. However the number of French buyers rose to attain three out of four sales, an exceptional level in this market segment. The national clientele therefore to a great extent compensated for the decrease in foreign buyers."

“Although the top of the range segment of the market has been affected by the absence of Chinese and especially American buyers who have been unable to travel for many months, a number of customers from the Middle East with private jets have been able to come to France. However European and particularly French buyers, many of whom have returned from the UK owing to Brexit, have replaced to a significant extent our international customers, which explains our very good sales” explains Charles-Marie Jottras, CEO of Daniel Féau Christie’s. A NEED FOR GREENERY

As in the traditional market, the luxury segment has, since lockdown, witnessed a strong demand for outdoor areas. "The demand for assets with a terrace or garden has shown a sharp increase, which goes to explain our Saint-Cloud agency’s remarkable sales (+ 54% at an average price of 1520000 euro), or those concluded by our Neuilly agency” says Daniel Féau. Looking forward, a brutal collapse on the horizon seems unlikely. "We don’t see how the shortage of supply could change in the short and medium term, and demand is in no way on the decrease. The quality of its buildings, its rich culture and its beauty still make Paris one of the most sought-after capitals in the world” Daniel Féau concludes.