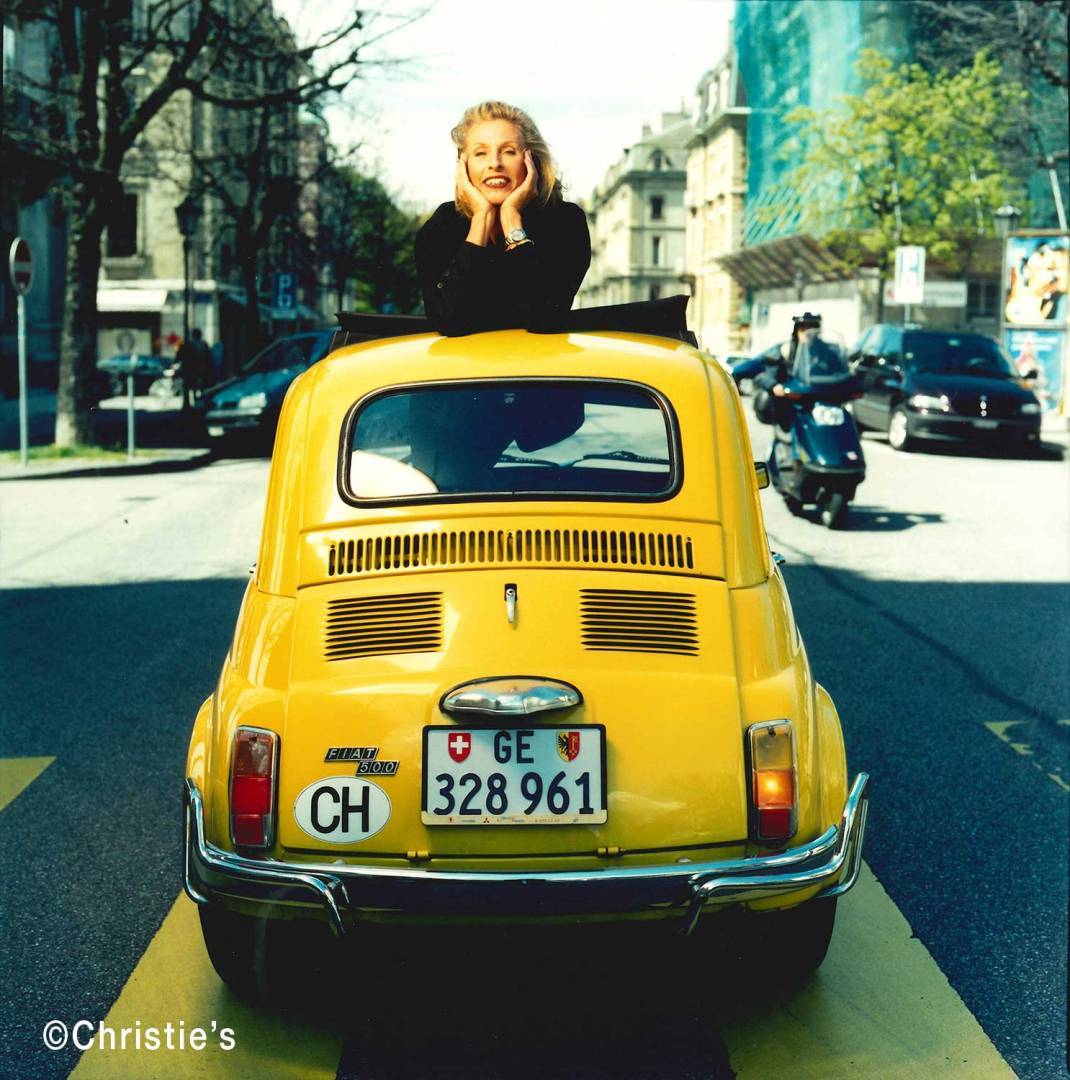 On May 25th and 26th Christie’s shall auction the contents of Marion Lambert’s Geneva residence. A sale that will honor the exceptional taste of this remarkable collector who died in 2016. By Éric Jansen

Black Sheep… This is how Christie’s chose to name the sale of the Marion Lambert collection. Somewhat irreverent it may seem, but nonetheless backed by her son Henri, for the whimsical baroness was indeed to some extent a black sheep. Not forgetting that the sale includes an exceptional brooch, adorned with pearls and sapphires and in the shape of a sheep's head, created for her by jeweler JAR (estimation 80,000-120,000 euro). But this gem is quite possibly the tree that hides the forest. Marion Lambert was particularly renowned for her daring, some may say “rock'n'roll” taste mainly in the field of photography. Back in the 1980’s, the spouse of Baron Philippe Lambert, heir to the Belgian bank that bears his name, purchased works by Robert Mapplethorpe, Nan Goldin, Larry Clark and Cindy Sherman. Visionary yet sometimes shocking acquisitions that were not to everyone's taste. In 1996 when she wanted to exhibit a selection in a bank in which her husband was a shareholder, management would have none of it. Scandalous! When in 2004 she auctioned off part of this collection, 300 photos raised over 9 million dollars, creating an electroshock in the world of photography. In 2015, four years after her husband’s death, another sale and another sensation: Andreas Gursky rubbing shoulders with Donald Judd, Rudolf Stingel and Mark Bradford... and over 15 million pounds raised. Her sudden death the following year was a shock to all. Knocked over by a bus in London, Marion Lambert died a few days later. Today, the sale of the contents of her Geneva apartment bears witness to the extraordinary extent of her curiosity and flair. On the walls are Nan Goldin photos and works by Richard Prince and Christopher Wool. But above all, we discover that the furnishings of the rooms symbolize the best in the decorative arts. A perfectly staged interior, largely the work of the interior designer to whom she entrusted this triplex apartment in the early 1990’s, Jacques Grange. “Marion was a dream client: enthusiastic, always up for it, daring. Sometimes I was more reasonable than she was. We bought a lot together: Jean Royère, Jean-Michel Frank, Line Vautrin and also Garouste & Bonetti. She loved the way I put it all together. She had a great artistic sensitivity. She also introduced me to a few artists. Between us, it was like a great game of tennis.” The result is a little private museum, where each piece of furniture, each object is signed: an Ernest Boiceau rug, Pierre Chareau armchairs, a Présidence desk by Jean Prouvé, a Georges Jouve vase, a pair of Serge Roche obelisks, Gilbert Poillerat wall lights and console table… A touching testimony to a great lady who not only had taste but was also warm-hearted: part of the proceeds from the sale shall go to the War Child foundation.